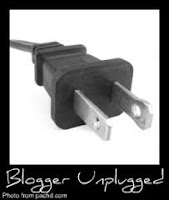 I\’m taking something of a break for the next two weeks. I\’ll still be posting occasionally when I finish a new book, but not much beyond that, and probably very little stopping by to visit. If anything exciting happens among the bookish set while I\’m gone, be sure to tell me about it when I\’m back in full blogging mode again!

The planets and stars are sentient beings, vast and powerful. Sirius the dog star is accused of murder, looses his temper during the trial and is condemned to live on Earth, where he must find the supposed murder weapon, a thing called the Zoi. He only has the dog\’s lifespan in which to find it, or he will simply die as a dog.

When Sirius comes to himself after the trial, he is a tiny helpless puppy. He doesn\’t know who he is or where he came from, but as he grows something else starts to come through his dog\’s nature. A bit at a time Sirius patches together his memories and tries to figure out what he must do. It\’s not at all easy. He has no idea where the Zoi fell, and as a dog is under the power of people- some who mean him harm and others, like the girl Kathleen who adopted him, who tie him down with love. I love the way this story is told, through the dog\’s viewpoint. An ordinary pet who has a grander plan to carry out, but must navigate the daily indignities of flea baths, being tied in the yard, suffering the company of cats and being torn between his need to protect and comfort Kathleen, and the urgency to find the missing Zoi. For if it falls into the wrong hands the beautiful green Earth, which he is coming to know and love, could easily be destroyed…

There\’s a lot more to this story than just his search, though. Kathleen is staying with her aunt and uncle because her father is in prison, and she suffers being bullied by her unfeeling aunt, as well as her cousins and boys at school. Sirius is her only consolation, and the relationship between them is quite tender. I love Kathleen\’s character. She\’s kind, smart and bookish! and puts up with a lot of crap before she finally stands up for herself. Some of my favorite parts are how Sirius develops a relationship with the household cats, his encounter with the fox, the revenge Kathleen gets on her cruel aunt, and the ending. I find it very sad, and fitting at the same time.

I really like this book. And I was pleased to find I enjoyed it just as much with this re-read as all the times I read it as a kid. I liked it so much that when I couldn\’t find a copy with my favorite cover, I made my own out of text printed off my computer and a scratchboard drawing I did just for this. (The top image of this post).

According to random.org, the winner of my mancala-themed bookmark is Sandy Jay. Congrats, Sandy! Send me your address and I\’ll ship it right along.