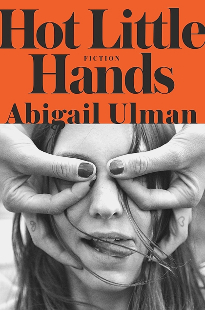 Short stories, about young women- teenagers, or early twenties. All of them, far as I could tell, immigrants or students here in the US from abroad. I picked this one at random because the catalog said it was set in San Francisco, though some are in other places- Philadelphia, New York- in one story we’re never told where the girls are, because they don’t know themselves. I don’t quite know how to describe these. They felt very real and present- texting and smart phones, gender issues, human trafficking- and yet reminded me acutely of what it was like to be young, to be a university student, even though my experience in San Francisco was not like this (I didn’t go to clubs and bars, was never part of the dating scene, ha). I’m trying to figure out why these stories affected me so- sticking in my mind even though I found some of them distasteful (when described sex in too much detail). They depict girls and young women who are shallow, thoughtless, and make bad decisions- and yet they’re also victims of a system, of society and expectations and boredom. They can show streaks of kindness, or sudden insightful moments that seem beyond their years. In brief:

“Jewish History”- In history class students are asked to share experiences from Holocaust survivors in their families. Anya (from Russia) doesn’t have a story to tell. Then at home her parents remark on how she should appreciate what she’s got, as they went without and suffered for so many years, before they could emigrate. So next day Anya tells about the hard time her family went through (including her mother’s miscarriage), but is shut down in class- her story of suffering doesn’t count, it’s from the wrong era.

“Chagall’s Wife”- Sascha unexpectedly runs into her middle-aged teacher outside of school- sees him in a cafe and approaches to say hello. They end up spending the entire afternoon together- viewing art in a museum, going to a movie theater- and in the end, the reader suspects something else might happen, as he invites her to “go somewhere else”.

“The Withdrawl Method”- Claire finds out she’s pregnant, even though she thought she and her boyfriend were being careful. She bounces around between different casual friends- sharing her plan to get an abortion- and their responses are so varied. Flippant, cautionary, dismissive, angsty. She temporarily latches onto a different guy- met totally at random- he’s very levelheaded and kind about it, but seems a little confused by her. (I didn’t really get the point of this one).

“Warm-Ups”- four young Russian gymnasts are chosen to go with their coach to a conference in America, where they will perform to show off the skills he’s promoting. It seems like the opportunity of a lifetime, and Vera begs her parents to let her go- expenses are covered! But when they finally get there- barely able to speak or read English- she and the other pre-teen girls end up locked in a room that they suspect isn’t a hotel, and their coach has disappeared in a different taxi.

“Same Old Same As”- Ramona’s in therapy after suffering a bad injury from a space heater that caught fire and burned her leg. She tells the therapist about a moment when her step-father helped her out of the bath during her recovery care, and how uncomfortable it made her feel, and then starts describing the incident to others as sexual abuse. The story gets spread around school, she’s shocked at the amount of attention she gets, and other girls start sharing their stories with her- of men touching them inappropriately, or flashers, boys who casually convinced them to do things they didn’t really want to (sometimes in front of others), a cousin of a friend who was date raped, etc. She realizes that her experience was not unique- but also that hers wasn’t as serious? and then things escalate when a friend’s parent reports Ramona’s incident to the school- she finds herself at a meeting to determine if they should call child protection services.

“The Pretty One”- This girl is suddenly captivated by a guy she sees in a club. She finds out his name, his friends, where he works, and convinces him to date her. Even though they have nothing in common, she forces herself into his group of friends, his interests, etc- trying so hard to make it work when it’s obvious it never will.

“Head to Toe”- Two friends start to feel uninterested in all the usual parties, girl drama and shopping sprees. They ask their parents to take them back to a horse camp they’d been to as kids together. They’re put in a cabin with three younger girls- nine and ten-year-olds (which is a huge age difference when you’re fourteen). They enjoy riding the horses, and snub the younger girls until find them fighting and in tears after a game of “telling secrets.” The older girls smooth things over in what I thought was a very thoughtful manner, but later when they’re relating it to their own friends back home, they are completely dismissive and then fall right back into the party scene. I liked this one, until the end of it.

“Plus One”- I didn’t get this. At all. Girl has been writing a blog forever, gets an offer on a book deal. Has trouble writing and starts to feel terrified of the deadline. So she decides to get pregnant so she’ll have an excuse not to work. She convinces a friend- who is gay of all things- to be the father- and then has the baby, against everyone’s advice to stop this awful plan. And then her whole life changes when the baby arrives. The ending relieved me (I was worried it would take a different turn) but also left me wondering: why?

“Your Charm Won’t Help You Here”- Foreign student from London who’s been living in San Francisco, is travelling back there after a vacation somewhere else, and gets detained at the airport by homeland security. They don’t tell her much but it becomes apparent she’s overstayed her time as a student and is suspected of trying to actually immigrate. She spends hours being questioned (in a maddeningly circular conversation) and then is detained overnight in jail with a Russian woman who is even more confused than she is. Returned to the airport the following morning, not sure where she’s going to end up, the whole thing baffling, stressful, frightening and surreal.

I’m leaving out so many details- these were like little snippets of life, and they interlaced in a loose manner- a character from one story would refer to someone in another- as if they knew each other outside these pages. I kind of want to read some of them over again, even though there were parts that made me uncomfortable. I did feel like some of the stories dropped off suddenly- did Sascha go with her teacher home to his apartment? was the ending of “Warm-Ups” really heading where I thought it was?- but I suspect the author did that to maintain a sense of tension, which I surely felt.